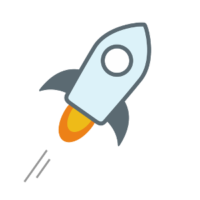 Binance.com Overall rating: 4.2 out of 5 based on 7 reviews.
Margin Trading
No
Visit Website
More Info

Stellar is a platform based on a decentralized, safe and open-source blockchain algorithm. Stellar’s technology allows fast transactions and assets can be easily transferred between individuals regardless of geography. To use the platform, users need to invest at least 50 XLM in their account and enter the network. The specificity of the transfer system allows the same economic participation for all users.

Lumens is a cryptocurrency launched by Stellar and built into the network. Similar to bitcoins and other cryptocurrencies, lumens cannot be stored physically, but users can keep them in a special digital wallet. In 2014, Stellar issued 100 billion lumens.

Stellar has an in-built decentralized cryptocurrency exchange that supports the transactions of any type of currency. The principle of its work is based on the multiple operation of peers and distribution of resources between all servers of the network. All servers are tied to a single source. This makes the platform independent from any outside objects and excludes the interference of third parties in the operation system. The autonomous work of every peer allows to avoid a global malperformance if one of the elements fails.

Lumens cryptocurrency is built in the Stellar network. There is an interesting fact about Stellar’s functioning: let’s assume that you send dollars to a person, but he wants to get lumens rather than dollars. There is an option for every user to choose what kind of currency to receive, despite of the initial one. Therefore, at Stellar, the difference between traditional money and cryptocurrencies disappears.

How to buy lumens?

Binance focuses mostly on Chinese market and Chinese cryptos, however a range of globally-known coins is also available there (BTC, ETH, LTC, XLM, BNB). The platform is able to manage about 1.5 millions of orders per second and supports a number of languages, including English, Chinese, Korean and Japanese. The trading fee makes 0.1%.

Stellar is a perspective technology that allows simple and fast money transactions between people, businesses and institutions. As a result, users can benefit from more access and lower fees. Its cryptocurrency lumens is an attractive option for those who want to entrust their investments to serious financial system and get some revenue.