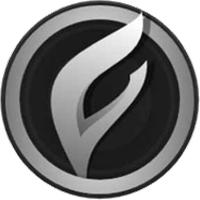 Changelly.com Overall rating: 4.6 out of 5 based on 9 reviews.
Margin Trading
No
Visit Website
More Info

Coinbase.com Overall rating: 3.8 out of 5 based on 7 reviews.
Margin Trading
No
Visit Website
More Info

FantomCoin (FCN) is one of the first digital merged miner coins based on the CryptoNote algorithm. Therefore, it is a 64-bit currency that uses CryptoNote protocol and can be mined via CPU only. There are three more currencies based on CryptoNote that are available for merged mining: Monero, Quazar, and Bytecoin. These coins were the first to adopt CryptoNote in 2012 and more than 20 other currencies use it today. FantomCoin is the most notable and widely-accepted one.

How does it work?

FantomCoin’s algorithm CryptoNote allows highly-protected confidential transactions. All traditional algorithms use simple signatures to verify the transfer. At the same time, CryptoNote has an advanced strategy of ring signatures. Due to the ring signatures, it is impossible to distinguish both sender and receiver of funds. In addition, defining an owner of the private key used in a signing process is also impossible. CryptoNote creates a number of one-time addresses for transactions tailored from a public private key. The payments are sent to one-time addresses in a blockchain while the operations are listed in the public addresses. The sender uses the automatically generated data and the receiver’s public address to create the one-time key for a particular transaction. In general, the receiver has to utilize a private key but he is the only one who can get the money because they are transmitted to the one-time address.

Also, the unique feature of merged mining presented by FantomCoin allows users to get FCN and other coins based on the same algorithm. In short, you don’t have to mine FantomCoin, Monero and Quazar separately. In addition, CryptoNote provides the highest level of security and provides a functions of donor chains you can utilize in case of necessity. FantomCoin could be mined on your computer or purchased on a number of exchange platforms. This is not a rare cryptocurrency and you will easily find it on the most popular websites.